J&M Roberts Farms planted 22 acres of cover crops to help reduce runoff from water, reduce nutrient and sediment loss, as well as add nutrients back into the soil. This project was in collaboration with the Kosciusko County Soil and Water Conservation District and The Watershed Foundation with funding through the Indiana DNR with the Lake and River Enhancement Program.

Jon Roberts and his son Matt farm over 1000 acres of non-GMO corn and soy and manage a small cow-calf operation between North Webster and Syracuse.

For over 10 years, the Roberts have used cover crops to control weeds and improve soil health, and they’ve been a no-till operation since the mid ‘80s. The Roberts also rotationally graze their cows and calves on 46 acres of their cover crops.

Jon and Matt plant a cover crop mix of brassicas and cereal rye to follow corn or soy in the fall. When the rye comes up in the spring, it provides cover to shade out spring weeds like Mare’s tail that threaten the Roberts’ non-GMO crops.

At $22 per acre, the cost of cover crop seed is almost the same as what Jon would pay to spray herbicide in the spring. By using cover crops instead of herbicide for weed control, the Roberts save themselves a trip over the fields and enjoy all the other benefits of cover crops — improved fertility and organic matter, erosion control, soil structure and more.

Years ago, a cost-share contract from the NRCS helped subsidize the cost of cover crop seeds for the Roberts. The contract has run out for most of their acres, but the Roberts continue to buy seeds on their own. The benefits outweigh the costs, they said.

The Roberts have also been a no-till operation since the mid-80s. Jon originally invested in no-till practices to prevent erosion and protect the structure of his soils. Over the years Jon has seen his investment pay off.

“The tilth of the soil seems better long term in no-till,” he said. “It doesn’t have that crusty layer to it.”

Even without tillage, heavy spring rains — like the ones in the spring of 2019 — can cause washouts. That’s when spring cover from the cereal rye comes in handy again; Deep roots hold the soil in place during heavy rains.

“Having the cover crops there definitely helps that,” Matt said. “It just takes the no-till to another level.”

In parts of the field that are sloped and more prone to erosion, the Roberts use Water and Sediment Control Basins and grassed waterways to protect their soil. They are applying for funding through the USDA environmental Quality Incentives Program to help fund new erosion control structures that will be installed this spring.

Together, the cover crops, no-till, WASCOBs and grassed waterways work together to improve soil and keep it on the farm. John stressed that the last 30-40 years have been a continuous process of learning.

“There’s stuff we’ve tried in the past that didn’t work well,” he said. But with time, the Roberts have found practices that work for them.

Moving forward, the Roberts want to keep improving their soil fertility by increasing organic matter. Matt wants to spread more manure and leaf litter on the fields to add organic material that will break down and improve the soil. 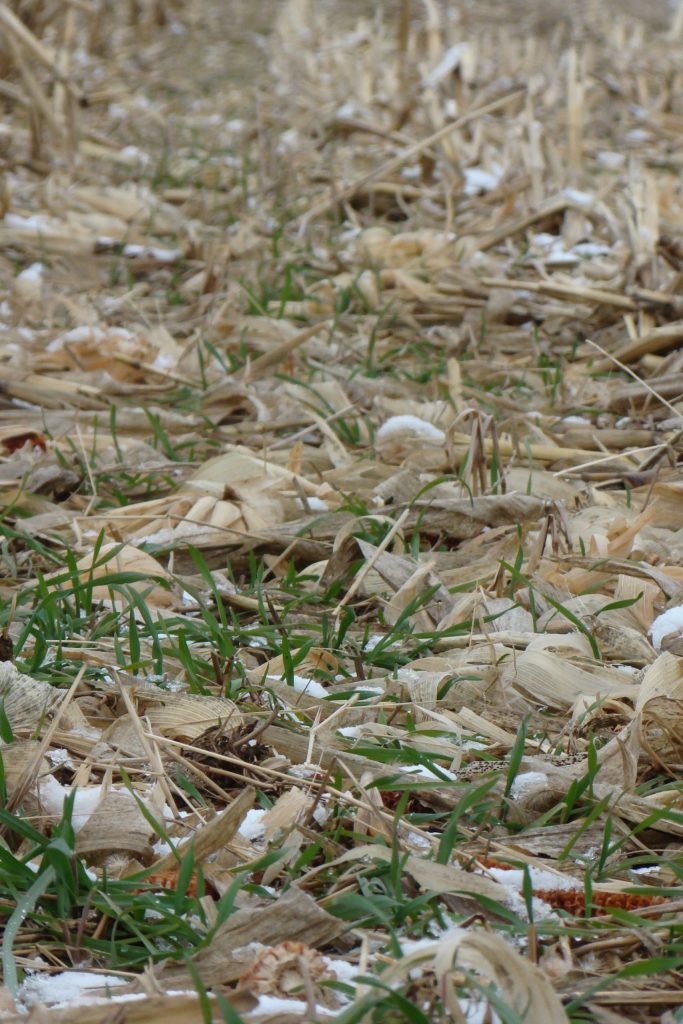